You are here: Home / Artists

GV Art - Andrew Carnie - In Out 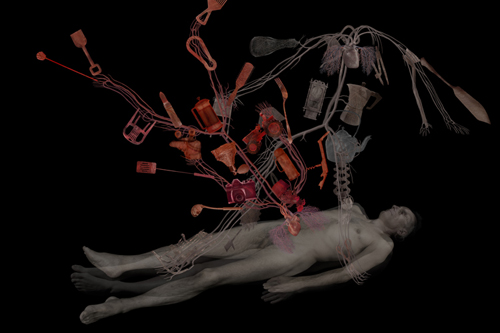 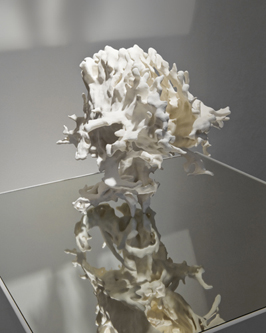 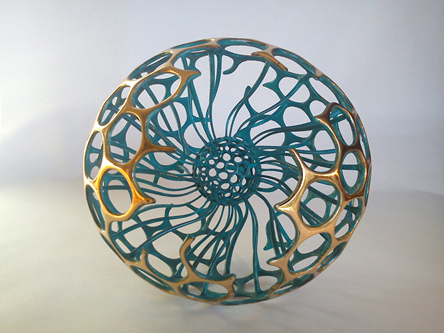 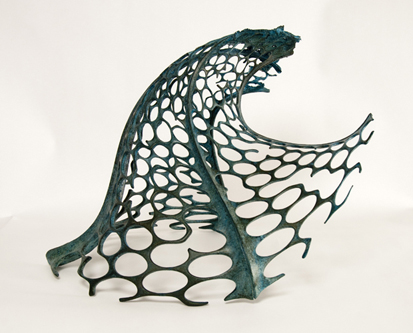 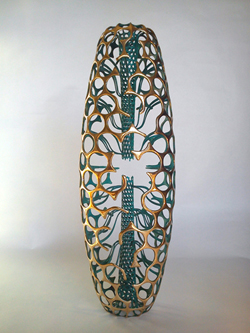 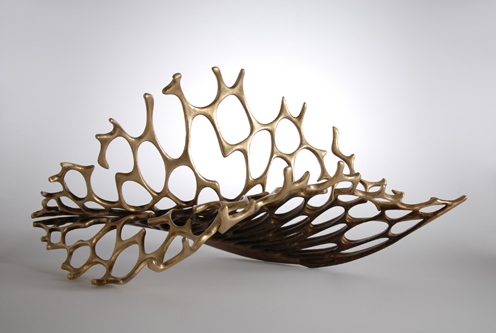 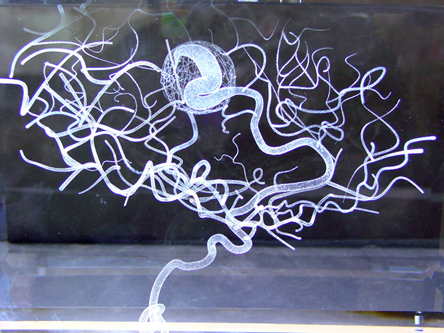 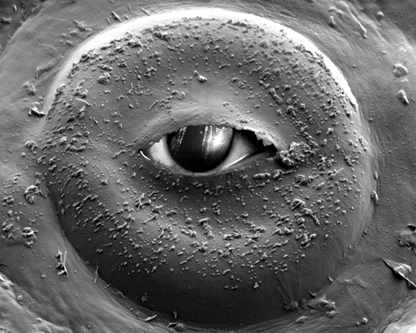 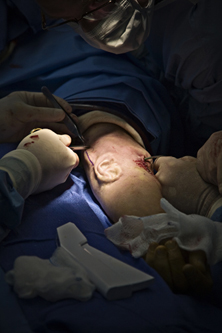 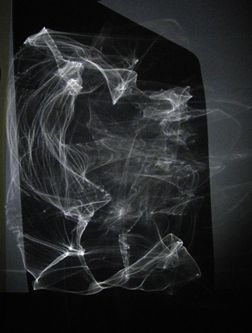 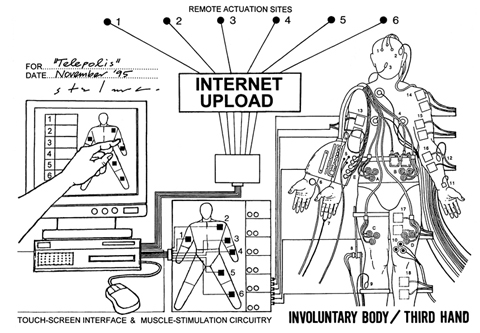 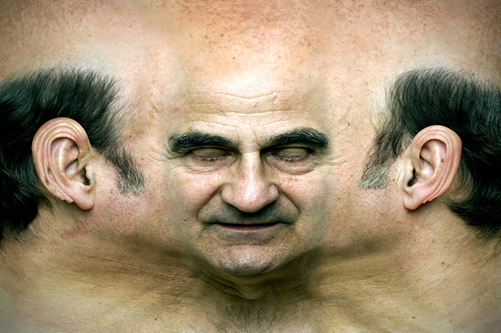 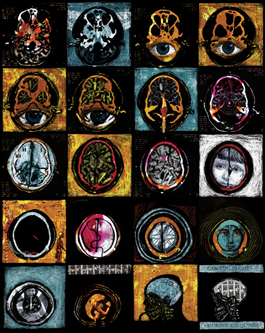 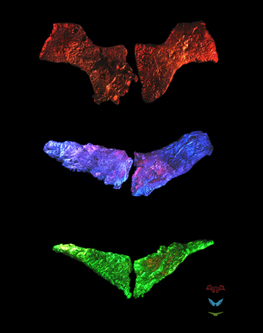 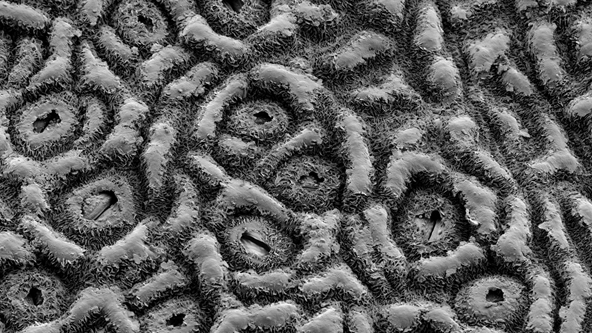 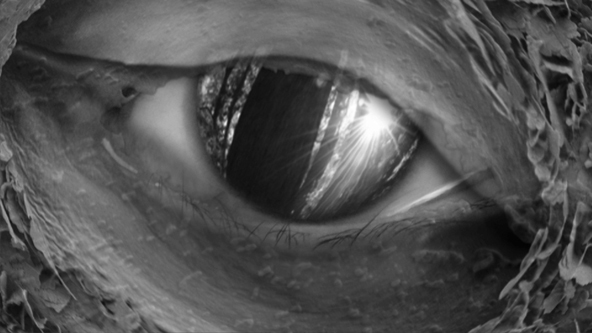 Susan Aldworth lives and works in London. She took a degree in philosophy at Nottingham University prior to studying printmaking at Sir John Cass in London. Aldworth is Senior Research Associate at Swansea Metropolitan University and Research Fellow in Print at London Metropolitan University. Working on location as an artist-in-residence in a medical or scientific setting is central to Aldworth’s practice. She weaves together personal, medical and scientific narratives in her experimental print and film works on human identity. She is Artist in Residence at the Institute of Neuroscience at Newcastle University working on a project exploring schizophrenia which will be shown as Reassembling the Self at the Hatton Gallery and Vane in Newcastle in 2012.

A solo exhibition of her portraits of people with epilepsy, The Portrait Anatomised, will be shown at the National Portrait Gallery in 2013. Aldworth regularly exhibits nationally and internationally and her work is many public and private collections including the V&A and the British Museum. Future exhibitions include Images of the Mind at Deutsches Hygiene-Museum Dresden and Moravian Gallery Brno, in 2011 and 6th International Kyoto Hanga Print Exhibition Japan/UK in 2012.

Listen to Susan talking about her work on BBC R3′s Between the Ears, A Portrait Anatomised, broadcast in May 2001

Audio clip: Adobe Flash Player (version 9 or above) is required to play this audio clip. Download the latest version here. You also need to have JavaScript enabled in your browser.

Davide Angheleddu, born in Como, graduated from the Polytechnic of Milan Faculty of Architecture, where he studied in a programme that combined technique and aesthetics. He began his career working in an architecture studio that specialised in the design of luxury yachts. He studied both the external shape and the internal spaces/interiors. In doing this, he explored how digital representation went beyond being merely an instrument to show a client a finished product, but a means to create the actual shape, thus being a fundamental part for the realisation of the object. This idea is the basis of his exhibited work.

Andrew Carnie is an artist and academic. He is currently part of the teaching team in Fine Arts at Winchester School of Art, University of Southampton, England. He studied chemistry and painting at Warren Wilson College, North Carolina, then zoology and psychology at Durham University, before starting and finishing a degree in Fine Art at Goldsmiths College, London. He completed his Masters degree in the Painting School, at the Royal College of Art. In 2003 he was the Picker Fellow at Kingston University.

Carnie’s artistic practice often involves a meaningful interaction with scientists in different fields as an early stage in the development of his work. There are also other works that are self-generated and develop from pertinent ideas outside science. The work is often time-based in nature, involving 35 mm slide projection using dissolve systems or video projection onto complex screen configurations. In a darkened space, layered images appear and disappear on suspended screens; the developing display absorbs the viewer into an expanded sense of space and time through the slowly unfolding narratives that evolve before them.

Annie Cattrell was born in Glasgow and studied Fine Art at Glasgow School of Art, University of Ulster and at the Royal College of Art. She is Senior Research Fellow in Sculpture at De Montfort University in Leicester and has just completed a residency and solo exhibition based in Orkney hosted by the Pier Centre, working in part with scientists from Herriot Watt University who are involved with research into renewable energy using wave power. In 2011 she will participate in one of a series of sailing expeditions to the north west Scottish islands, organised by Cape Farewell.

Recent solo exhibitions include the Anne Faggionato Gallery (London), The Faraday Museum at the Royal Institution (London) and Berwick Gymnasium Gallery, Berwick upon Tweed. She has exhibited widely nationally and internationally. Cattrell’s practice as a fine artist is at times informed by working with specialists in neuroscience, meteorology, engineering, psychiatry and the history of science etc. This cross-disciplinary approach has enabled her to learn about cutting edge research and in-depth information in these fields.

Katharine Dowson studied sculpture at the Royal College of Art and exhibited in London, USA, Brazil, Europe and Asia. Collections include The Wellcome Trust, The Arts Council Collection, Cultura Englesa, Brazil, The Ulster Museum, Belfast Aberdeen Art Gallery, The Institute of Neuroscience Newcastle University and Private Collections. Her work  was bought by Charles Saatchi and is included in Shark Infested Water, Saatchi Collection of British Art in the 90s.

Dowson was commissioned to create work for the groundbreaking shows, Spectacular Bodies, A History of Anatomical Art from Leonardo to Now at The Hayward Gallery and Head On: Art with the Brain in Mind at the Science Museum for the Wellcome Trust.

David Marron trained in fine art at Chelsea College of Art and Design and currently divides time between his art practice and his work as a paramedic. His art incorporates visual symbols that infiltrate the past to share and shape within the present. He exercises drawing, sculpture, language, object, substance and film, to consider relations within subjects and entice some kind of response: a silent dialogue.

‘The scientific aspect of my art work is influenced by my work as a paramedic, consequently the medical aspects which afflict and assist in our daily lives. Touching upon the progress of treatment and technology, societal damage, basic pathology and physiology, anatomy, the trite but constant balance of life and death. Observed and worked from the personal viewpoint, the human aspect. Basking in these failed attempts at conveying the emotive response’.

Pynor’s practice has included exhibitions, residencies and public art commissions in Australia, Europe and Asia. She has been the recipient of a number of prestigious national awards in Australia such as the 2009 RBS Emerging Artist Award and the 2008 Josephine Ulrick and Win Schubert Photography Award, and has recently been awarded a number of Australia Council for the Arts grants. Her work is held in public and corporate collections in Australia as well as private collections in Europe, Asia and Australia. Pynor is currently undertaking a major project exploring organ transplantation in collaboration with artist Peta Clancy.

Pynor draws extensively from the writings of scientists as well as philosophers of biology, in addition to working with scientists in both collaborative and consultative roles. Her practice is integrally tied to a questioning of the philosophical and material status of human and non-human organisms.

Nina Sellars is an artist and PhD student in Drawing at the Faculty of Art, Design & Architecture at Monash University, where she also lectures in Anatomical Drawing for both the Medical and Art faculties. She has trained and worked as a prosector (dissector of cadavers for medical display) and often works collaboratively with scientists and artists on cross-disciplinary projects. Her artwork utilizes drawing, photography and installation, and has been exhibited nationally and internationally.

Stelarc has used medical instruments, prosthetics, robotics, virtual reality systems, the Internet and biotechnology to explore alternate, intimate and involuntary interfaces with the body. He has performed with a Third Hand, a Virtual Arm, a Stomach Sculpture and Exoskeleton, a six-legged walking robot. His Prosthetic Head is an embodied conversational agent that speaks to the person who interrogates it. He is surgically constructing an Ear on Arm that will be internet enabled. In 1997 he was appointed Honorary Professor of Art and Robotics at Carnegie Mellon University, Pittsburgh. In 2003 he was awarded an Honorary Degree of Laws by Monash University. He received a New Projects grant from the Australia Council in 2010 to develop a micro-robot. Last year he was also awarded the Prix Ars Electronica Hybrid Arts Prize. He is currently Chair in Performance Art, School of Arts, Brunel University London, Uxbridge, UK. He is also Senior Research Fellow and Visiting Artist at the MARCS Auditory Labs at the University of Western Sydney, Australia.

Oron Catt is Director of SymbioticA, The Centre of Excellence in Biological Arts School of Anatomy and Human Biology The University of Western Australia. Oron Catts is an artist, researcher and a curator at the forefront of the emerging field of Biological-arts, whose work addresses shifting perceptions of life.

In 1996, he founded the Tissue Culture and Art Project to explore the use of tissue technologies as a medium for artistic expression. In 2000, he co-founded SymbioticA, an artistic research laboratory within a biological science department. SymbioticA became a Centre of Excellence in 2008 and has a thriving residency, academic and workshops programme.

In April 2009 he was acknowledged by Icon Magazine (UK) as one of the top 20 Designers “making the future and transforming the way we work”. His work received international awards and recognition including the inaugural Prix Ars Electronica Golden Nica in Hybrid Art in 2007, the 2008 WA Premier Award and The Second Prize in the VIDA10. His work is in New York’s MoMA design collection and has been exhibited internationally. Catts has published 13 book chapters and numerous articles.

Dr. Ionat Zurr is an Artist, researcher and a curator as well as the Academic Coordinator of SymbioticA – The Centre of Excellence in Biological Arts, School of Anatomy and Human Biology, the University of Western Australia.

Ionat together with Oron Catts formed the internationally renowned Tissue Culture and Art Project. She has been an artist in residence in the School of Anatomy and Human Biology since 1996 and was central to the establishment of SymbioticA in 2000. Ionat is considered a pioneer in the field of biological arts and her research has been published widely, exhibited internationally and her artwork has been collected by MoMA New York. In 2009, Ionat was listed by the Icon Magazine (UK) as one of the ‘Top 20 Designers making the future and transforming the way we work’.

Ionat have been a fellow in the InStem Institute, NCBS, Bangalore (2010) and a visiting scholar at The Experimental Art Centre, Stanford University (2007) and The Tissue Engineering & Organ Fabrication Laboratory, Massachusetts General Hospital, Harvard Medical School (2000-2001). She exhibited in places such as the MoMA, New York, Mori Museum, Tokyo, Ars Electronica, Linz, GOMA Brisbane and more.